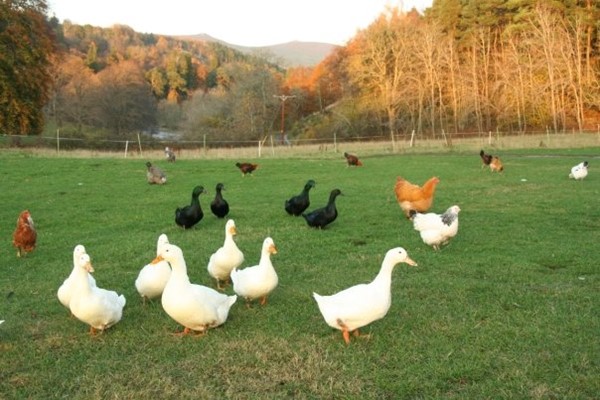 Small-scale poultry keeping is becoming more common across Scotland, but very little known about the practices of small-scale poultry keepers. The overall objective of this research is to improve our understanding of the biosecurity practices (including poultry movements) of poultry producers, and how these relate to perceptions of disease risk (particularly in response to potential Avian Influenza outbreaks). The research is being conducted in two parts. Part A, reported here, addresses small-scale (‘backyard’) poultry keepers. Part B will be conducted with medium to large-scale poultry producers and will be reported separately. Both parts of the research are being conducted in case studies of Aberdeenshire and Fife. These regions were selected because they are the locations of largest poultry flocks in Scotland. Small-scale poultry keeping occurs across Scotland.

The aims of the research were:

• To assess poultry producers/keeper’s perceptions of endemic and epidemic disease risk
• To assess the access to information and awareness of poultry regulations and disease control by poultry producers at a range of scales
• To describe the practices associated with biosecurity over the life course of the bird and flock (including movements of poultry), and how these are linked or associated with other practices (e.g. other welfare activities)
• To assess how these practices change (or not) in the event of a disease threat, and/or disease outbreak (e.g. Avian Influenza)
• To characterise the movements of poultry on holdings of multiple scales, as well as the people and vehicles which move between poultry holdings, and associated risks
• To identify key barriers to maintaining high levels of biosecurity
• To identify potential means of reaching unregistered poultry owners with biosecurity information in the event of an outbreak

The research is primarily comprised of interviews conducted from July to November 2016. During the research, a new opportunity for data collection arose. In response to a heightened risk of an Avian Influenza outbreak, in December 2016 Scottish Government put in place an “Avian Influenza Prevention Zone” covering the whole of Scotland. This requires that where possible all poultry and captive birds must be kept indoors, or otherwise kept separate from wild birds. Researchers monitored regional poultry Facebook sites to assess the direct response of these keepers to the new restrictions.