I am delighted to present this overview of the EPIC Centre of Expertise on Animal Disease Outbreaks and our achievements over the period 2011 to 2016. Our report is based upon views of the scientists, staff and stakeholders engaged with EPIC and so complements the more formal reports submitted to our sponsors: Scottish Government. I have received many positive comments about EPIC from around the world and it is clear that it is seen as a ground-breaking project. The fact that the follow-up project, EPIC Ill has already been launched is testament to the value placed upon our work by Scottish Government and other stakeholders. We would like to take this opportunity to thank Scottish Government for their financial support and their vision in working with us to create such a unique, world-leading policy-linked research facility. 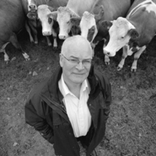