This article was first published in SRUC Staff news

After more than quarter of a century at SRUC, during which he has led research on numerous animal welfare and breeding projects, Professor Alistair Stott is retiring on 28th September. 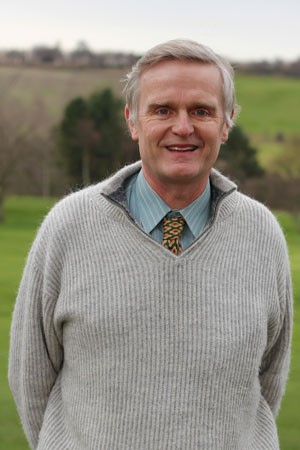 Having joined in 1991, the farming systems expert and Interim Head of Research says he is proud to have worked for an organisation – and in an industry – which provides “unrivalled educational experiences”.

After graduating with a first class honours degree in Agriculture from the University of Nottingham in 1980, Alistair came to Edinburgh that year to take on a PhD at ABRO (now the Roslin Institute), where he was supervised by Dr John Slee.

His PhD started a career long interest in interdisciplinary research by combining animal physiology with genetics to establish the scope for improving resistance to cold in newborn lambs, helping to reduce mortality and suffering.

In 1983, he joined the agricultural economics team at the University of Edinburgh’s department of agriculture, then part of the Edinburgh School of Agriculture alongside ESCA. Here he taught farm management on both college and university courses and with Gareth Hughes in the Biology Teaching Organisation, helped to redevelop the university’s UG biology curriculum.

Research interests naturally incorporated economics with animal breeding, in particular exploring how to balance the value of milk yield against longevity in the dairy cow so that breeding indices rank bulls with the best blend of these opposing traits. The idea soon expanded into other traits such as health and fertility, working alongside geneticists at the university (Bill Hill and Sue Brotherstone) and what was then SAC (Geoff Simm, Roel Veerkamp, Eileen Wall and Mike Coffey) to help develop the now widely used PLI index.

Alistair moved to SAC Aberdeen in 1991 to take over as course tutor on the FBOM PG/MSc course. Here, Alistair teamed up with George Gunn at SAC Inverness and his team to take forward interdisciplinary research in animal health. By combining epidemiological and economic models, improved disease prevention and control strategies could be identified and incorporated into wider management systems from farm to international policy level. The work later underpinned the BVD eradication programmes in Scotland and Ireland, Johne’s disease projects and the FMD and Bluetongue response work in EPIC (the Scottish Government’s Centre of Expertise in Animal Disease Outbreaks) among others. 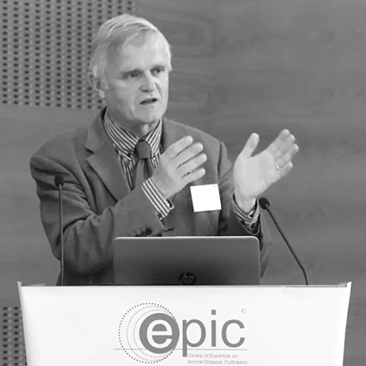 Alistair’s interests also extend to animal welfare. He had the privilege of leading two large research projects for Defra on the welfare of sheep in extensive farming systems. He also helped Bouda Ahmadi, Emma Baxter and Alistair Lawrence in the economic optimisation of the ‘PigSafe’ high-welfare farrowing system.

More recent experience as Group Manager for Future Farming Systems and interim Head of Research at SRUC has turned attention towards the global challenges facing farming and land use and how SRUC can best respond to them.

He said: “Before we can manage the situation, we need to be able to properly measure it. Interdisciplinary research between science and economics provides promising ways forward in this respect.”

He added: “I’ve learned many lessons over the course of my career, but perhaps most important is realising that agriculture provides unrivalled educational experiences for scholars and students. It offers opportunities to learn from many disciplines relevant to it and unites their exponents across the world in a common cause where individuals can, and must, make a real difference. It’s a message we should try to get across to more prospective students of SRUC.”

Although his 27 years with SRUC are coming to an end, Alistair plans to keep busy. He remains an external examiner at Nottingham University, and intends to join his wife – Cheryl – in raising guide dog puppies. He’s also developing links with adult learning providers in Midlothian to do some voluntary teaching work, while he also hopes to devote time to travelling, hill walking, the theatre and clay pigeon shooting.