The threat of African swine fever to the UK 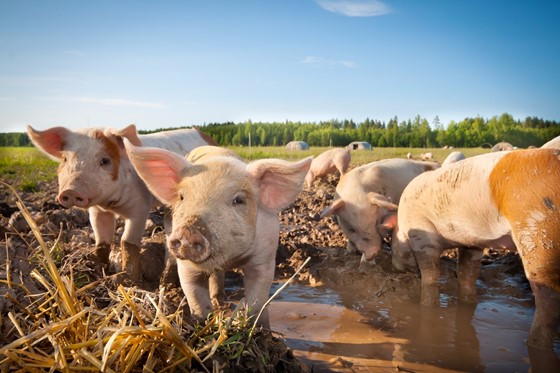 African swine fever (ASF) is considered to be one of the most devastating diseases in pigs and wild boar. ASF is a notifiable disease, and its presence causes disruption to domestic and international trade, with large scale culling campaigns put in place to control it as quickly as possible. Unlike classical swine fever, there is no vaccine for ASF.

The disease was introduced into Georgia in 2007 through contaminated kitchen waste dumped from a ship. Since then it spread through Russia and entered the EU in 2014, with the first case being reported in wild boar in Lithuania. The first case was reported in Western Europe in September 2018 when it was found in wild boar in Belgium. This long jump in geography would indicate that the disease has been spread by a human factor, which is concerning for countries who have not yet seen any cases reported. The disease is also spreading across East and South East Asia, causing significant production losses in China, Vietnam, Mongolia, Cambodia, North Korea, and Thailand, with more than 2.5 million animal losses reported across the region up to June 2019.

The disease can be spread by live or dead pigs or through pig products. The virus can survive in pig products for several months (almost three years in frozen products). In addition, transmission can occur through contaminated feed and fomites, including vehicles and clothing. ASF can be difficult to detect allowing the disease to spread unrestricted for some time before identification. These factors mean that the human contribution to the fast and large-scale geographical spread of these disease is significant, and producers must be aware of and address the risks to their animals even if they are not in an area where the disease has officially been identified.

There is also the risk to other related industries to consider. The reduction in global pig production has a knock-on effect on pharmaceuticals, animal feed manufacturers, food producers and even other livestock industries. The reach of this epidemic is truly global when all of the impacts are taken into account.

EPIC scientists have been working on pig disease since 2013, focusing on the potential impact of exotic pig disease incursion into the Scottish and UK industry. At that time, little was known about the structure of the industry, so our work initially looked at farm locations, size, production type and livestock movement. The team also looked at management practices and biosecurity measures in commercial and small-scale production. All this information allowed us to estimate the pattern of pig disease spread across the UK, and the factors contributing to disease spread. Our research highlighted the potential role of small-scale pig holdings and the haulage vehicles used to transport animals in the spread of disease.

Scottish Government have issued guidelines on how to identify ASF, how to report the disease and the control strategy that would be adopted should the disease be identified in the UK. Other governments such as Canada, have also introduced guidelines and strict border controls to try and prevent ASF entering the country.