As I write, we are coming towards the final quarter of year 4 of “EPIC III”. I am one of EPIC’s “old-timers”, having been involved in EPIC since its first inception around 14 years ago. EPIC has evolved and progressed since those early days, when it seemed to be primarily a collection of mostly disparate (albeit scientifically excellent!) research projects. Much of the current EPIC research is now much more joined up and collaborative, often fully integrated with industry and other stakeholders and works extremely closely and openly with our Scottish Government colleagues. In addition, EPIC has become more focused on becoming an invaluable part of Scotland’s response unit in case of animal disease outbreaks, and EPIC’s policy relevance, knowledge exchange and outreach has become exemplary.

With a background in evolutionary and behavioural ecology (and a PhD in the sex lives of gulls!), I am an animal ecologist at the University of Glasgow specialising in (among other things) the ecology of vectors and vector-borne pathogens. My research focuses on the impacts of land use, wildlife management and climate change on vector-borne disease risk. I have a long history of collaborating with mathematical modellers to help predict the efficacy of various pathogen or vector control methods, as well as making predictions about changes in disease risk in response to a range of environmental changes.

My initial involvement in the first round of EPIC was when I was working at the Macaulay Land Use Research Institute (MLURI) in Aberdeen. My role was to create a risk map of tick abundance over Scotland according to environmental variables (habitat, climate, hosts). One of the pathogens transmitted by ticks is tick-borne encephalitis virus, which is a complex of viruses that can kill people and is endemic to many parts of mainland Europe (and at the time of writing this blog, has just been discovered in England). The most western variant of the TBE complex of viruses is called louping ill virus, and it kills livestock, most commonly sheep and red grouse, an economically valuable gamebird of heather moorlands. During the first EPIC, Ed Jones was employed as a post-doc with me at MLURI to construct dynamic SIR (Susceptible Infectious Recovered) disease models to predict how habitat fragmentation and deer movement influence ticks and louping ill virus risk on open habitats adjacent to fenced or unfenced forests. These models were parameterised with empirical data that I collected on ticks and deer inside forests and at progressive distances away from the forest onto moorland. The data showed relatively even deer densities inside and outwith forests at the study sites in the Cairngorms, but more ticks inside and near the edge of the forests. The models predicted that more movement of deer from forests onto moorland resulted in more ticks and higher louping ill virus risk on the moorland (Jones et al. 2011, Theoretical Ecology 4, 435-448). The models also predicted higher risk on moorland if there was more forest nearby and with greater habitat fragmentation (meaning more forest-moorland interface). This research is useful in informing policy on louping ill virus and tick control with respect to deer and forest management adjacent to grouse moors and upland sheep grazing areas. 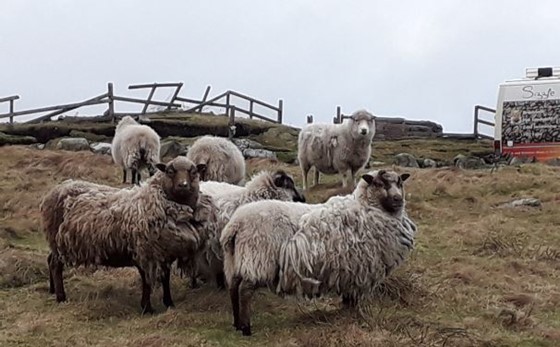 In the current EPIC I have been working with Giles Innocent of BioSS analysing data on liver fluke from abattoirs, collected during the first EPIC (also involving Ed Jones). Our idea was to identify the environmental risk factors for liver fluke (fasciolosis) by using, for the first time, existing data from abattoirs on whether or not livers were condemned, linked with cattle movement data, so we knew all the places each individual animal had spent time, and also linked with environmental data from GIS databases of all the habitat and climate data at each location. Giles is a statistical wizard and managed to develop novel approaches to deal with the incredible complexity of the cattle tracing scheme data (which involved more than 2,000 premises and almost 8,000 cattle). It was very gratifying that eventually the statistical analysis managed to tell us that there was higher risk of liver fluke for older cattle, and those spending more time in the West, and where it is warmer and wetter (Innocent et al. 2017, Frontiers in Veterinary Science 4, 65). This confirmed what is already thought about liver fluke using other more labour intensive methods, such as faecal egg counts or antibody analyses of blood serum or milk samples; this is what we hoped for, as it confirmed that the use of existing slaughter house data and the statistical approaches are useful and efficient tools for studying livestock parasites and diseases such as liver fluke, without the need for more laborious and expensive methods.

EPIC III has also seen a great progression of knowledge of ticks and louping ill virus in Scotland. Much of my time has been analysing serology data from 125 sheep farms for antibodies produced against louping ill virus. The aim was to identify the environmental risk factors for louping ill virus in sheep, so linking the seroprevalence data was again linked with a multitude of environmental variables (habitat, climate, hosts) from GIS databases. The results demonstrated that sheep kept in the uplands, especially on heather moorland, were more at risk than those kept on lowland improved pastures. This comes as no surprise, since the other transmission hosts – red grouse and mountain hares – reside on heather moorlands. However, we were surprised that the proportion of the farm that was woodland was not identified as a significant risk factor, i.e. not supporting the model predictions from the first EPIC (Jones et al. 2011), nor empirical work I conducted in Norway that showed that sheep and sheep pastures had more ticks if they had more tree cover or were close to woodlands (Gilbert et al. 2017, Agriculture, Ecosystems and Environment 237). However, in support of EPIC I’s model predictions, we did find a statistically significant association between red deer counts and louping ill virus seroprevalence among sheep farms (Gilbert et al. in review at Frontiers in Veterinary Science). Although deer do not transmit louping ill virus, they are well documented to be the primary host maintaining tick populations in Scotland and most other countries. Again this work can help inform disease mitigation decision-making, especially with regard to grazing, habitat or deer management. 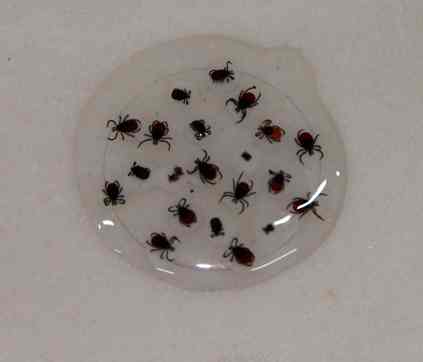 Additional current work on ticks and louping ill virus in EPIC III includes risk mapping according to habitat, hosts and climate, both now and how risk is predicted to shift under climate change. This is being done in collaboration with modellers Adrian Worton and Prof. Rachel Norman at the University of Stirling.

I also have a particular interest in knowledge exchange and outreach, such as blogs (Deer Farm Visit) and podcasts (I am an active member of the “Naturally Speaking” team at the University of Glasgow. Listen to the podcast here all about EPIC) and I like helping others to produce policy briefs. I hope that I will be able to utilise this interest more in the future, and I’m always willing to help other scientists with these aspects.