In July 2019 four members of EPIC and Scottish Government were lucky enough to attend a 'deer day' event organised by SAC Consulting in the south of Scotland – “Deer Health, Disease and Surveillance: Working together for the future”. People from various interested parties attended, with the purpose of knowledge exchange and networking between industry, government, vets and scientists.

From my personal perspective as an animal ecologist with experience researching wild red deer on the one hand and livestock (primarily hill sheep) on the other, I was particularly interested to discover how red deer (traditionally considered 'wildlife') are managed in a controlled farm context, especially in terms of welfare, disease and basic stock management. From my background in evolutionary ecology, could this be a glimpse into how humans have 'tamed' wild animals - the transition from 'wild animal' to 'livestock', but in the present-day context? 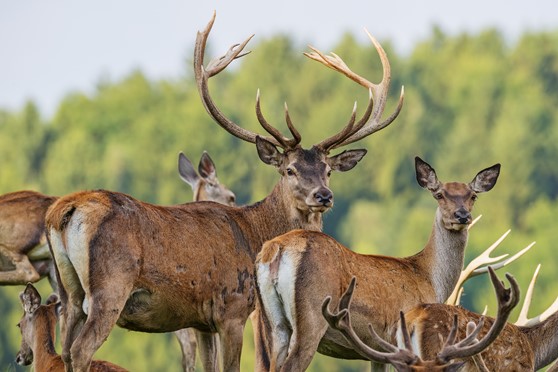 The day began in a local hall with a hugely informative presentation by the multi-talented Dr. John Fletcher – vet, scientist, farmer, deer expert and, I think it’s fair to say, the Father of modern deer farming. John gave us the basics about the deer themselves and then described in more detail their health and disease issues, welfare and on-farm management.

We learned that 90% of farmed deer are red deer, Cervus elaphus. Deer farming has increased substantially in the last ten years or so, as there are many positives for farmers diversifying or transitioning from traditional livestock to deer. There is currently a strong market; venison is the only red meat whose consumption is increasing. It is not only still considered a luxurious treat, but is also deemed a healthy alternative, being low in fat and cholesterol. From a practical point of view, red deer, still retaining their wild survival skills and independence from humans, require relatively low labour inputs. However, currently there are still certain important limitations. For example, only one major UK supermarket regularly buys quantities of UK farmed venison, with the abattoir in England, and Scottish abattoirs will not pay such good prices. Particularly in Scotland there is competition with wild venison, especially in the catering industry. In practical terms, the tall, sturdy and high quality fencing and pens/crushes required are a significant capital cost. 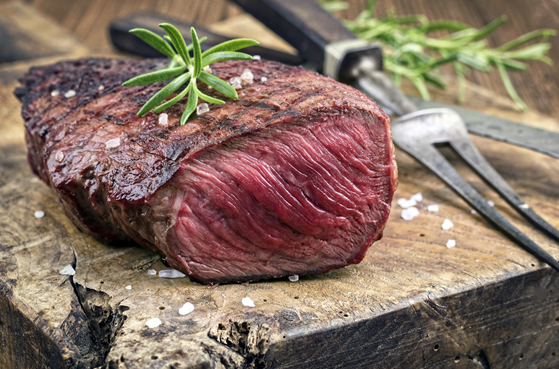 From a welfare perspective, many of us were surprised to learn that, despite being a wild species, red deer are actually not as well insulated or as able to maintain core body temperatures if exposed to cold, wet and windy conditions, as cattle or sheep. Therefore, deer require shelter in Winter in the farm context where they don't have entire landscapes to roam and find natural shelter (e.g. from forests or lee-sides of cliffs and embankments).

In the UK our welfare regulations for farmed animals are among the highest in the world, and this is also true for farmed red deer when compared, for example, with some practices carried out in New Zealand, where red deer farming is an important industry. There, around 10% of the commercial component of deer farming is selling antlers in velvet for the traditional Chinese medicine trade, which requires removing the antlers from the stags when they still have a blood and nerve supply. Luckily for our farmed deer, this is not allowed in the UK (except by vets for health or welfare reasons).

Most farmed deer travel to South Yorkshire for slaughter, as the only Scottish abattoir for deer is in Fife. Farmed deer can however, be slaughtered on-farm. Abattoirs can provide useful feedback on deer health, e.g. they examine the lungs for lungworm Dictyocaulus arnfeldi, which can cause severe disease and mortality; livers for liverfluke (which rarely causes serious disease even at high infestation levels) and copper deficiency, lymph nodes for bovine tuberculosis, avian tuberculosis or Mycobacterium avium paratuberculosis (MAP or Johne’s disease), bruising which may indicate behavioural welfare issues such as running along or into fences, and body condition which could indicate a range of health issues. So, while farmed deer can still get parasitic (e.g. warble fly), bacterial and viral infectious diseases, because farmed deer are still 'unimproved', still retaining wild genotypes, they are mostly unafflicted by many of the common livestock diseases such as ketosis, mastitis, magnesium staggers, milk fever, and not much dystocia or foot problems. Interestingly, gastro-intestinal helminths rarely cause clinical disease. Some diseases can be present from birth, such as E. coli, salmonella and cryptosporidia that can cause high mortality in very young calves on some farms. HVC1 can cause severe conjunctivitis in newly weaned calves and Yersinia pseudotuberculosis is a bacteria which can cause acute disease in newly weaned or stressed calves. 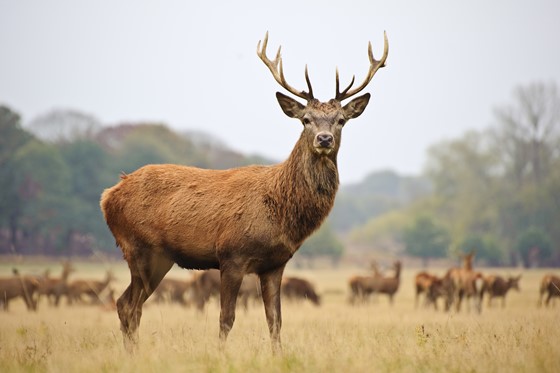 We were given a tour of the deer farm and it was lovely to see the deer looking extremely healthy and acting naturally in herds (hinds with calves; separate cohorts of males) in very large enclosures with a lot of space and shelter belts of forestry, all in a beautiful landscape. Having researched wild red deer earlier in my career I was impressed with the quality of these farmed animals in terms of their size and antler growth, testament to the luxury they experience on this farm compared to their wild counterparts in the Scottish Highlands. For example, while admiring some large stags with magnificently branched antlers, I was told they were only 2 years old!

Back in the hall there was a good discussion session focusing on how to consider the needs of the developing deer industry for disease surveillance, advisory services, testing options and health screening in future. It was a truly stimulating and enjoyable day, where we learned a lot about a growing industry. I found it fascinating to see how domestic and livestock-like these red deer are, despite the lack of genetic 'improvement'. I wonder if, in a hundred years time, there might be different breeds, as there are cattle, sheep and pigs – the Galashiels Grey Face or the Lockerbie Large Red perhaps?!

As I write this blog, there has just been a headline in the Independent newspaper “Zombie deer may be spreading deadly disease to humans”! The first line of this article stated “…zombie deer are spreading across America and there is nothing that can be done to stop them”. This article was about Chronic Wasting Disease (CWD) in north America, and deep within the text it finally admits, that the “illness does not actually turn deer into “zombies,” and the term “zombie deer” is an inaccurate, non-scientific misnomer to describe the confounding disease” and “there have been no known human transmissions of the disease at this point”. Irrespective of such scare-mongering, we are fortunate in the UK to not yet have CWD in our deer, so can enjoy our farmed venison without fear of becoming zombies!

We are extremely grateful to the deer farm manager for putting so much time, effort and enthusiasm into the day, to SAC Consulting and SRUC for organising the event and the caterers and other helpers that made this such a fascinating and informative day.