Can abattoirs assist with disease surveillance?

Scotland’s network of abattoirs provides a collection point for much of Scotland’s high quality meat products (we let some of it escape south of the border!). I have an 'EPIC' interest in abattoirs because of this inevitable characteristic. Although abattoirs should only receive animals fit for human consumption and therefore healthy well-grown animals, they nonetheless have potential for offering information into the surveillance network. They form key hubs for both the monitoring of disease, and possible points of spread back out to the network. The EPIC team has built relationships with abattoirs and these relationships have led to published work which has been integrated into advice for stakeholders. To help cement and expand these relationships, ABP Perth, an abattoir receiving cattle from all over Scotland, offered to host the EPIC team for a day in August 2019. 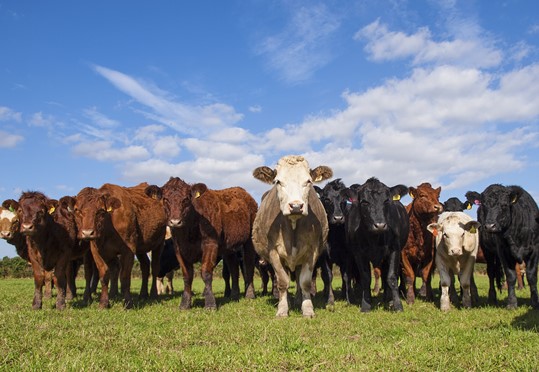 I joined this trip to increase my understanding of the sort of information that was collected about animals and farms that were received at the plant. Could animals entering slaughter tell us something about their fellow beasts still left on the farm? Could they act as messengers that something was not right with the livestock populations in Scotland? As this is not a suspense novel I would say, possibly in some specific cases, for example in the case of fluke, eloquently shown by Giles Innocent and the BioSS team in this publication, but otherwise I am still undecided. Sorry folks, abattoirs are not the surveillance network of the future, and will not and should not be expected to replace surveillance provided by the veterinary disease investigation centres. However, what I really took away from this visit, and what I have been telling friends since my visit is that, if I was a beef stirk, I’d want to go to ABP Perth!

I have not been in a UK abattoir since my placement as a student in around 2007. When I asked to join the trip to ABP, I didn't really think about how I might feel at the visit. However, as we stepped out of the animal handling area and back into the meeting room at the end of the tour I realised that I was having a bit of a post-adrenaline crash, and for all the right reasons. I had not been shocked by anything that I had seen. Rather, I was impressed. ABP Perth was an impressive place.

The first impression in the lairage was one of peace. The animal handling facilities felt like a really excellent steading. Low light, bedding present. Not a single beast was shouting, or rushing around, or clambering up the sides of pens. Animals moved through the race calmly and entered the stun box, in my opinion, with very little knowledge of what was about to happen to them. They were handled in cohorts (all ABP cattle come direct from farm) and so were not trying to establish their place in the hierarchy. ABP consult with Temple Grandin, a world renowned animal behaviour and welfare consultant, and her recommendations were evident in the animal handling facilities (curved races, solid walled gates, cattle flow returning to where they had come from). I am a strong advocate of the excellent welfare levels achieved on most Scottish farms, but I have to confess that I wondered if all our farms were under the scrutiny that ABP experiences and the high standards they achieve, that production animal welfare in Scotland would meet all my expectations of a good life, no exceptions.

As skinless goggle eyed cattle swung past us (I’ll never get used to the anthropomorphic horror at the removal of an animal’s nose), I got talking to one of the floor managers. He had worked for ABP for several years, and now leads the teams managing the carcasses immediately post sticking. As we poked about in a large bucket of discarded flukey livers, (me rather over enthusiastically – this was probably the highlight of my day!) I asked him about his staff and the challenges he encounters. The efficiency and dexterity of those working on the line was impressive, but the work is repetitive and physical. Staff are supported to train to work on a few stations to keep their interest, but this only partially helps. The hours are long, and it’s a messy job. A large proportion of the team are non-UK EU nationals, and they were, on the day I was there, all men (I asked about this – apparently the women work in the meat processing area rather than in the initial management of the carcass). As I put my Athena Swan banner back in my pocket, the senior manager who was guiding us through the plant admitted how worried ABP are about how they will maintain their workforce following the UK’s exit from the EU on 31st October. I echo his concern that we could lose these skilled workers. At the moment it is as easy (from a paperwork point of view) to work at ABP Perth as it would be to work in an abattoir in Germany or Slovenia or Greece. This will soon, whatever deal is broached, likely not be the case. The impact that under-staffing will have on both the supply of Scottish beef to the market and on animal welfare is yet to be fully realised. Knowing the impact that shut-downs in the pig abattoir system in Scotland had a while back means that I fear the consequences of this potential workforce shortage.

My last comment, before I talk about the things that EPIC really cares about, is that I had to remind myself that this was an abattoir that solely accepts cattle. The majority are prime beef with some cull cow days. The beasts move through the line at 40 per hour. This is slow and each animal is treated as an individual. I do not know whether I would have been as relaxed by the processes in a plant receiving sheep, pigs or poultry. I am not implying that I would be unhappy about the standards, just that I can only comment on this one plant. 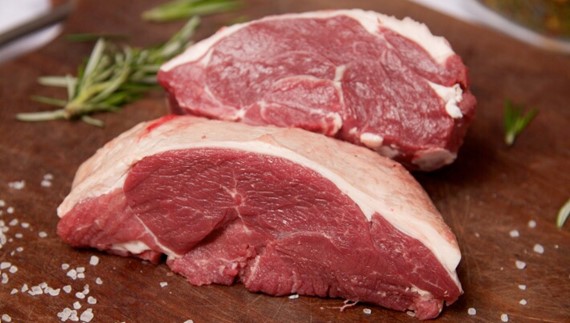 Abattoirs as sentinels for disease

Abattoirs are sort-of aggregation centres. Cattle coming to ABP Perth come from every cattle rearing area in Scotland. Therefore, the abattoir offers a frequent and year round representation of the current health of the cattle nation. So-far-so-good from a population sampling stand-point. However, ABP Perth does not randomly sample from the population. ABP buyers build relationships with certain producers who provide the sort of cattle that ABP’s market wants. They also, by definition, only sample from those farms finishing their own cattle and not from those that sell their animals in the ‘store’ market. In addition and as I said above, by definition, only animals apparently fit for slaughter will be received by the plant. Therefore, abattoirs cannot provide a random sample. However, with the number of experts in the EPIC team, I am aware that this non-random sampling is surmountable and interpolation may be possible.

The section of the population that is sampled only represents a proportion of the current bovine population, and that is one that may have been housed for the previous several months (whatever the time of year). The animal may also not be coming from its farm of birth (probably less of a problem if interested in short term outbreaks, but harder if we are interested in long term trends across space) and as I’ve said before, they represent the best of the best. This was evident from the bright-eyed, clean, well-conditioned beasts looking up at me from the pens. No BVD PIs in this batch (or were there?!). However, it is worth noting that I asked about whether the buyers selectively buy from farms and the answer was that, in nearly all cases, they will buy the batch of animals the farmer wants to market, with all the variation provided.

However, there are things that I think could be used. Certainly EPIC’s work on fluke (referenced above) could be extended by integrating information from more abattoirs, used in real time to help alert all Scottish farmers about the intensity of fluke infection in their area. This information is collected routinely through the meat inspectors and appeared reliable enough for this purpose (with support from Stella Mazeri’s work with Scotbeef for her PhD). The livers I saw were excellent specimens demonstrating calcified bileducts. I was very sad we’d had to leave our cameras behind!
For most cattle farmers this information would support them and their vet to make treatment decisions. And I believe that there is a need for this. The number of infected livers shocked me and suggested at a cause of real production loss in Scottish cattle.

Pleurisy rates are recorded. Although again, much of the lung disease in cattle is due to environmental stress leading to invasion by commensal pathogens, increased rates of pneumonia around weaning, possibly due to a resurgence in BVD or a spike in IBR cases, and may be picked up from the data recorded by the meat inspectors. This information is recorded on a touch screen and so has the potential to be available.

A change in the age of finishing cattle may alert us to problems with disease, although these, in my opinion, may be more likely to be due to feed shortages rather than infectious disease outbreaks. However, information about winter forage quality and supply and grass availability could be integrated when using models to monitor change.

I was hoping that there may be potential to monitor lesions through information recorded by the official veterinarians. However, at present all this information is in paper form, as is the information about lorry arrivals and washing. Therefore, all this information is lost to further exploitation. There is no synergy between abattoirs in the systems they use to record even the mandatory information, therefore any considerations about use of abattoir data will need to consider that data from each centre would need to be managed in a different way.

Therefore, abattoirs are not a panacea, but do offer some opportunities in specific cases, and I know that following this visit I am more likely to identify where these opportunities arise as questions are generated.